Marcel van der Merwe and Dean Greyling will earn first starts in the 2015 Vodacom Super Rugby competition as Vodacom Bulls coach Frans Ludeke made three changes to his pack that will face the Western Force at Loftus Versfeld on Saturday.

Van der Merwe and Greyling, who both made late starts to the competition due to injury, will swop places with Trevor Nyakane and Mornè Mellett respectively. In other swop, Grant Hattingh will earn his first start of the season and Victor Matfield will move to the bench.

The bench also have two new faces this week, with Arno Botha returning and Jaco Visagie replacing the injured Callie Visagie. Should he take to the field, Visagie will make his Vodacom Bulls and Vodacom Super Rugby debut.

Botha, who was injured in the season’s opener against the DHL Stormers, is fit again and replaces Hanro Liebenberg.

“We are good to go after a week’s rest and determined to maintain the momentum the last two wins have created,” Ludeke said. “We have made some changes to the pack, but its part of the rotational policy. All three players deserve a start. We are also happy to see Arno back in full force.”

Vodacom Bulls captain, Pierre Spies, warned that the Force cannot be underestimated, given the closeness of results between the teams in the past.

“We always seem to be in tight matches against each other. The trick for us will be to play the big moments better and to execute whenever we create scoring opportunities.”

Vodacom Blue Bulls coach Nollis Marais made changes to his loose trio for Friday’s Vodacom Cup clash against the Golden Lions in Johannesburg.

Marais opted for Chris Massyn to replace the injured Roelof Smit and in a straight swop with the Vodacom Bulls gained Hanro Liebenberg in place of Arno Botha, who was called into Vodacom Super Rugby action.

The undefeated Blue Bulls face another side that is unbeaten and according to Marais, even greater intensity is going to be needed.

“We are playing well, but will have to improve in all areas if we want to beat the Golden Lions on their home turf. That said, I believe we are a competitive team and will give good account of ourselves.” 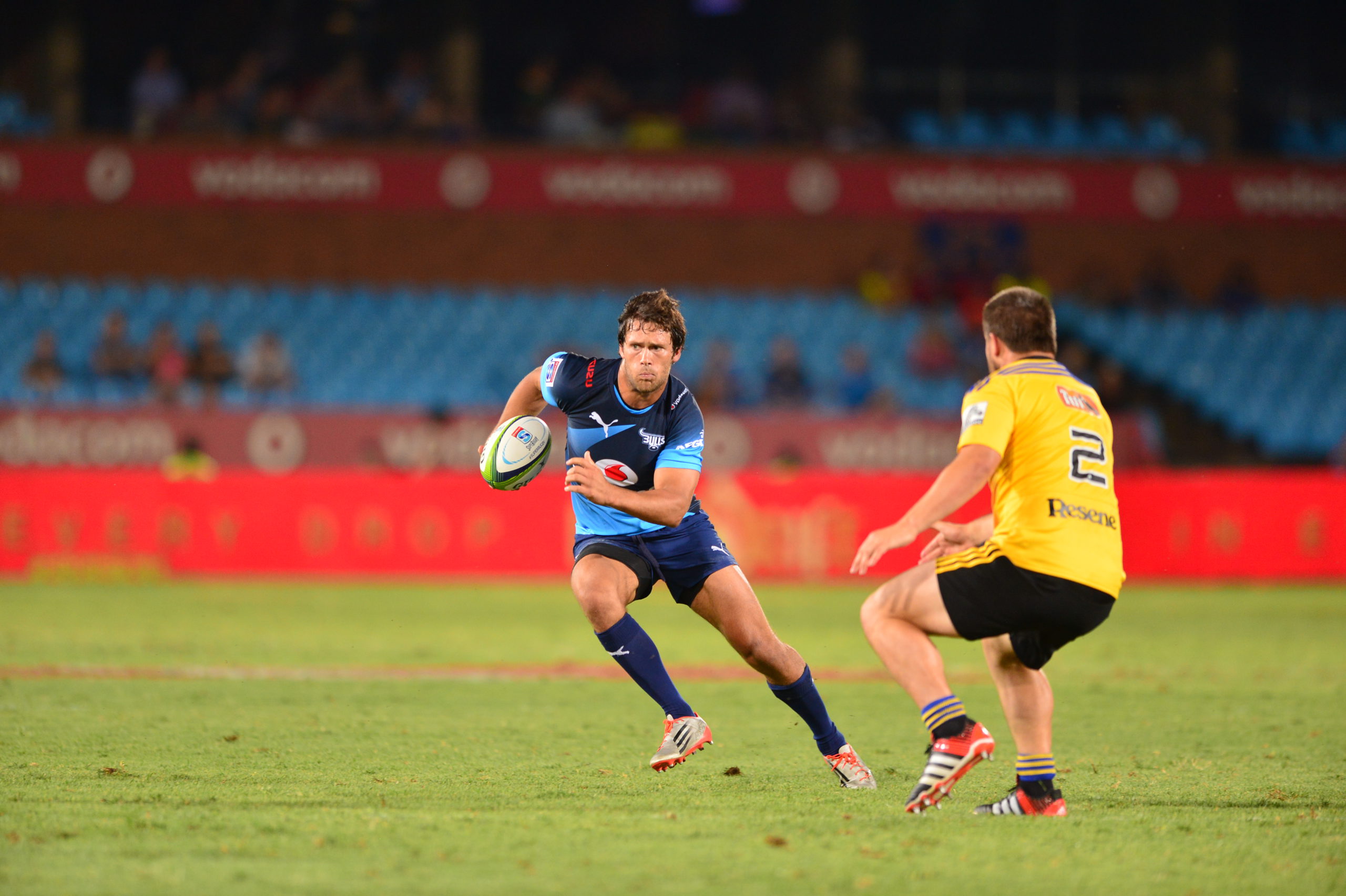 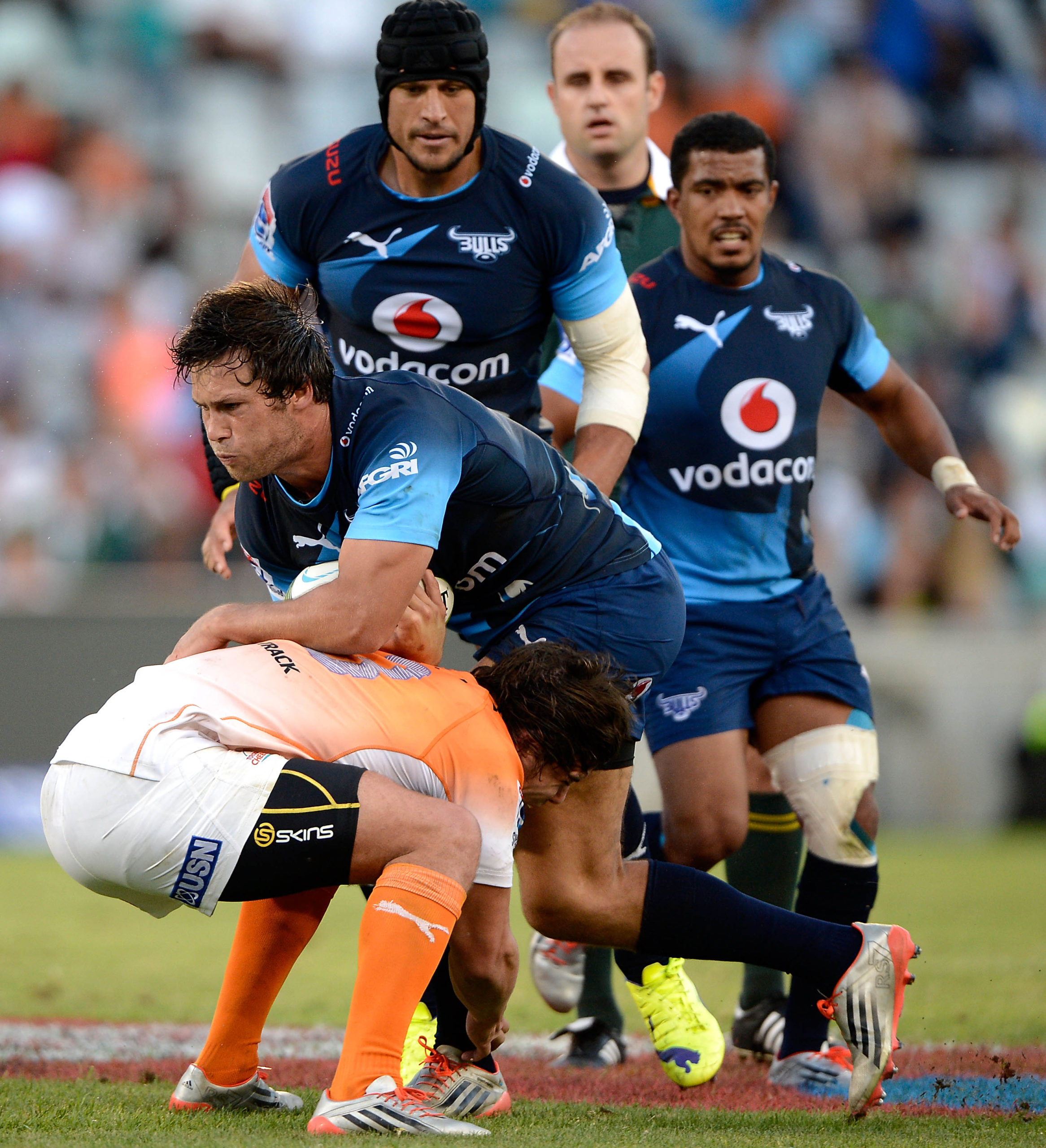 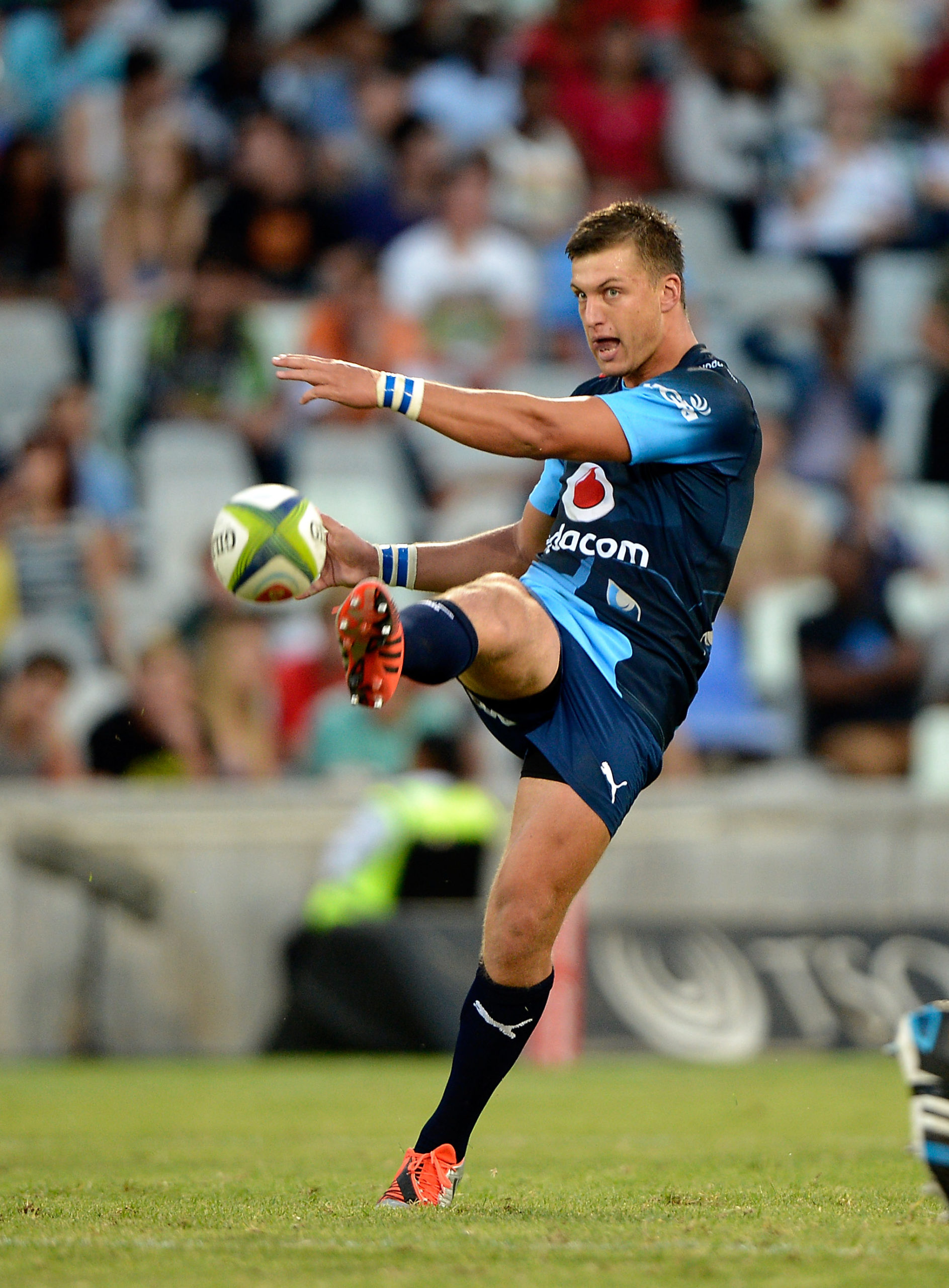 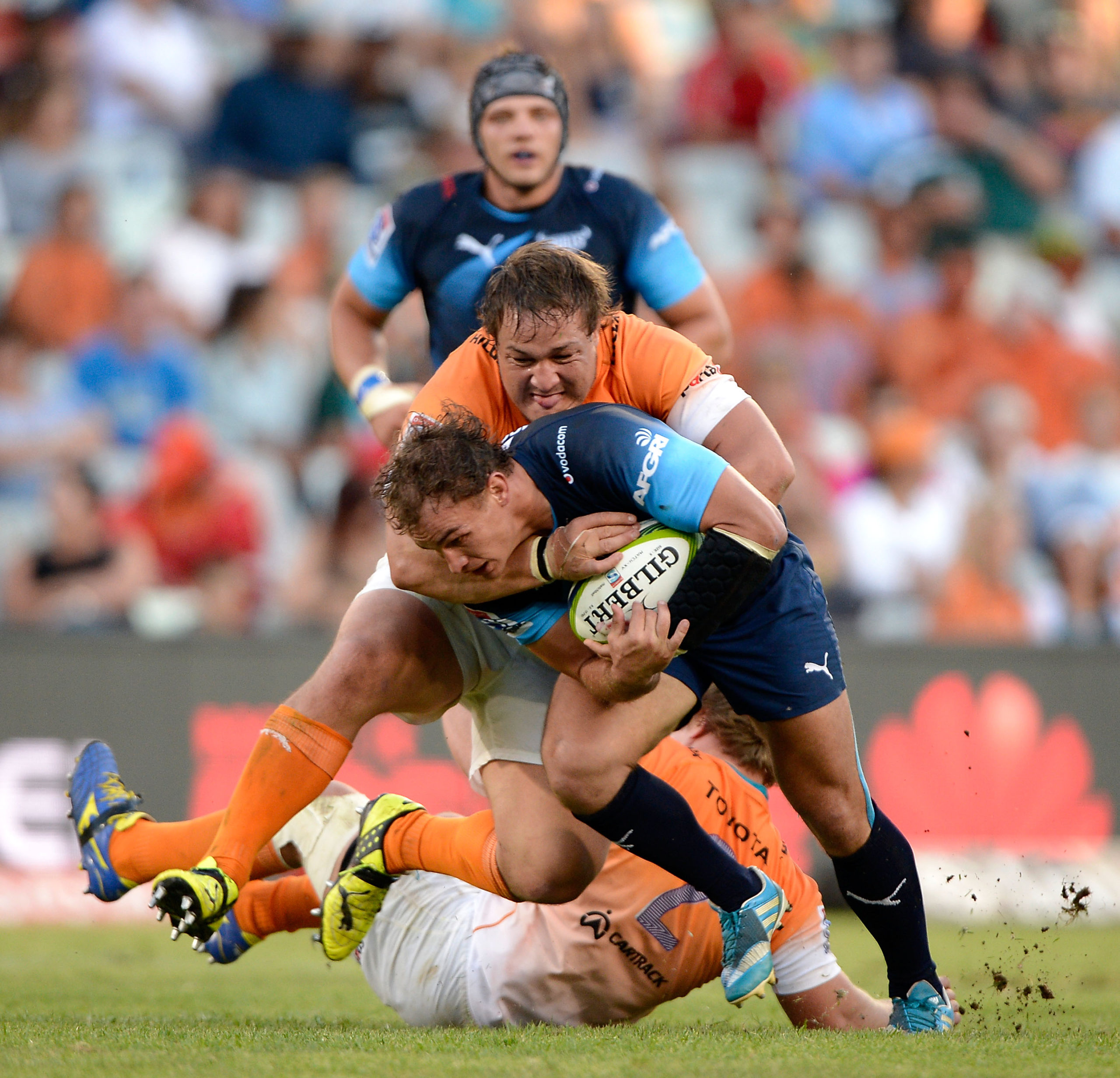 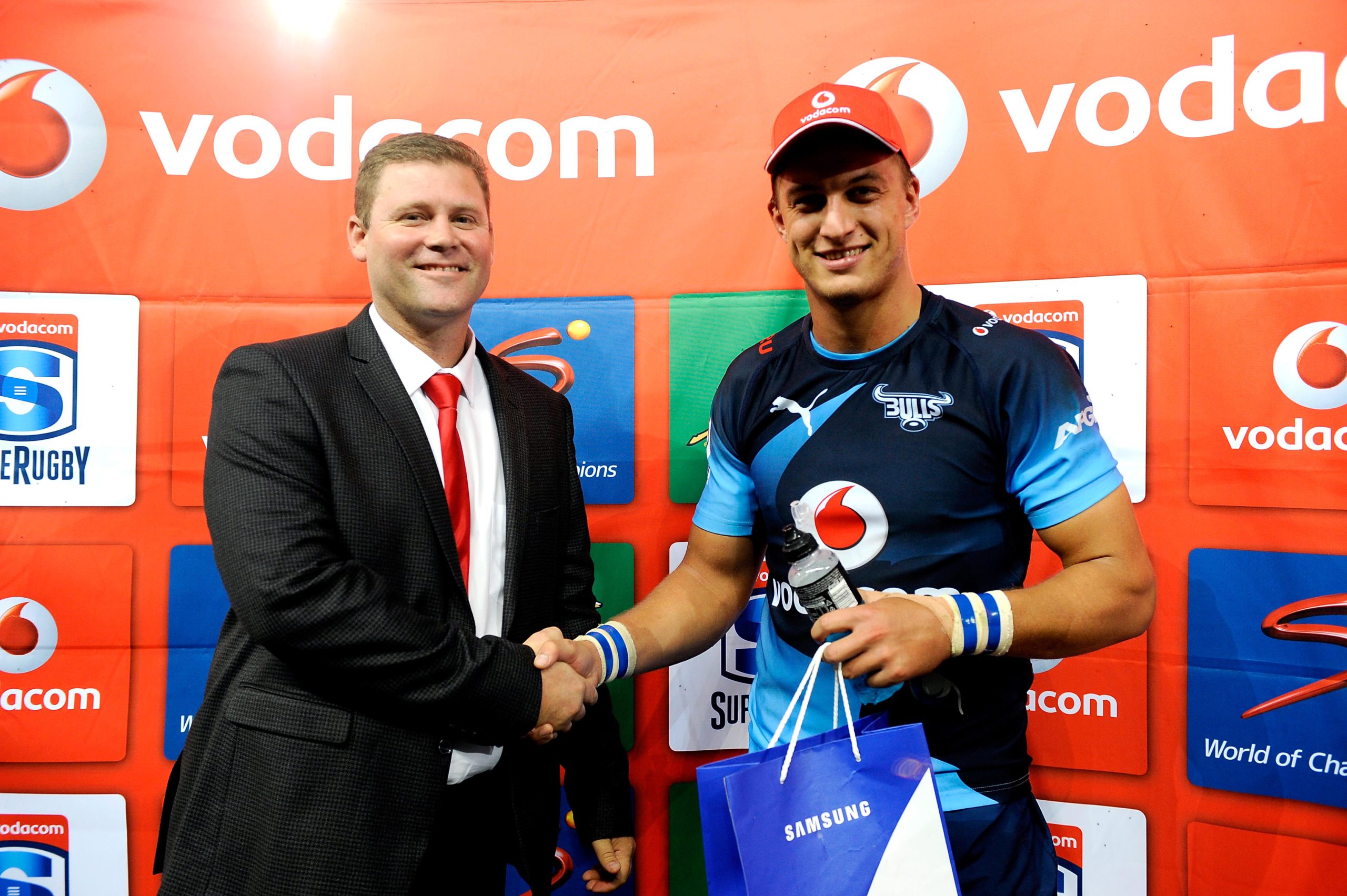 A new approach to agriculture starts with dialogue

There is no doubt that South Africa’s agricultural industry is under pressure. High economic and political demands are being placed on food producers to transform and find a different approach to agricultural practices, production activities, ownership and utilisation of land and resources; and to continue to ensure food security, and the health and wellness of the nation.

A united and collective effort is required to ring in the changes. Agricultural producers do not operate in isolation. They form part of the great tapestry of our nation and play an essential role to ensure the country’s stability and economic growth through food production. The fate of these producers is inextricably linked to every aspect of society. With urbanisation the ordinary citizen lost touch with the realities of food production and agricultural matters. These were shifted to the background where it was seldom considered important by the consumer.

However, the stability of the agricultural sector impacts on the livelihood of the entire population and the national debate around these issues should be considered much more widely than just amongst those with a direct economic or political interest in agriculture.It is for this reason that key role players under the leadership of Senwes, launched the Nation in Conversation dialogue platform in 2013 at the Nampo Harvest Day in Bothaville. Nation in Conversation draws thought leaders from various affiliations, political backgrounds and the business sector together at a single venue to discuss and debate agricultural matters of national importance, to seek solutions and find constructive approaches to ensure the on-going viability of the agricultural industry in South Africa.

“It is in our joint interest to ensure that our agricultural industry remains secure and stable, that we seek consensus to overcome the many challenges facing agriculture today and work together towards a sustainable future,” explains Senwes CEO, Francois Strydom. “The future of agriculture and the welfare of our country are intertwined and can only be secured through progressive action, finding mutual ground and establishing partnerships between commercial farmers, civil society and the State”.

“Nampo Harvest Day, presented by Grain SA, provides the ideal platform to host these conversations,” explains Strydom. This well-known trade show runs over four days from 12 – 15 May and has established itself in the Southern African region as the top gathering place for all stakeholders in the agricultural sector, including commercial and emerging farmers, civil servants, corporate businesses and aligned industries.

More than 70,000 local and foreign visitors attend Nampo every year and the organisers accommodate 650 exhibitors during the four day period. Nampo helps to provide agricultural producers with the knowledge and skills to handle the many technical, economic and political challenges they face. The growing interest from foreign companies in Nampo also serves to confirm the international interest in Africa as a food producer, and particularly South Africa as a portal to the rest of the continent.

This year, Nation in Conversation aims to give issues such as food security and land reform a broader platform to help ensure that food production and job creation are not compromised when new approaches to agriculture are adopted. “We wish to ensure the debate is inclusive and far reaching and that broader media platforms will be included in the discussions to reach and engage a wide audience. It is not merely a debate between people already involved in this sector. Nation in Conversation goes beyond agriculture. It is about you, and me, and our future together,” says Strydom.
Debates during the 2015 edition of Nation in Conversation will give consideration to labour matters in agriculture, how to ensure job security and healthy labour relations which will help to unlock the large scale benefits of a satisfied labour force. Training and developing new entrants to agriculture, mentorship programmes and incentive schemes are some of the issues to be considered.

Land reform and ownership remains a contentious issue. It is widely accepted that land ownership and the utilisation of land should be viewed in a different way. While it is undeniable that the issue of access to land has to be addressed, this should not happen at the loss of food production. This is a cost the country can ill afford. In order to facilitate the process of transformation without undue compromise, Nation in Conversation believes it is essential to create a platform where different mindsets can engage to find common ground.

The severe pressure that is currently being placed on our natural resources and the scarcity thereof will also come under the spotlight. Combined efforts have to be made to address these threats and adopt more eco-friendly farming practices to provide for a secure future. New business models have to be investigated to ensure lasting agricultural production.

This also brings the matter of the integration of technology in agriculture to the fore. New technology, although initially expensive, can help tremendously to bring the cost of production down in the long run and underscores the competitiveness of the South African farmer in a world market. “South African farmers are widely considered as early adopters of technology. It is, however, essential that we find ways of extending our reach further through the creation of a technological “hub” in agriculture,” says Strydom.

Nation in Conversation will host daily panel discussions in English and Afrikaans in front of a live studio audience at Nampo. These debates, hosted by economist and television anchor Theo Vorster, will be broadcast on various television screens placed throughout the venue and on different media platforms.

“We hope to inspire not only farmers, but society as a whole, to think and do differently when it comes to agricultural matters,” ends Strydom.
This Senwes-initiated Nation in Conversation series is also partnered by Afgri, Engen, Grain SA, John Deere, and Monsanto, in an effort to get the nation talking about farming and our combined future. Agri SA endorses Nation in Conversation.
To read more about Nation in Conversation and for details on the debates and programme schedule, visit www.nationinconversation.co.za.