Vodacom Bulls director of rugby, Jake White, has opted for consistency ahead of the Carling Currie Cup clash against DHL Western Province after making minor changes to the team that emerged victorious against Sigma Lions last Sunday.

The Vodacom Bulls will head into the clash in Cape Town on Friday night with a new front row as props Gerhard Steenekamp and Mornay Smith are handed starting berths, replacing the previous match’s starters, Simphiwe Matanzima and Jacques van Rooyen.

Marcell Coetzee, who was a late omission from the team last week due to illness, makes a return in the No.6 jersey and will retain the captaincy.

Springbok loosehead prop, Lizo Gqoboka, slots back into the match-day 23 as bench cover following his release from the national team camp.

The side will also receive a boost in the form of Nizaam Carr, another late casualty last week who was withdrawn on match-day after picking up a niggle ahead of the Jukskei Derby.

White said ahead of the game: “The North versus South derby never fails to produce exciting, quality rugby. We expect nothing less this week in Cape Town.

“We have had a good few days of training after our fixture on Sunday, where we have had time to work on a few critical areas of improvement as well as enhancing the aspects where we fared well. DHL Western Province is a combative side that are also strong contenders for the title, so we will need to be at the top of our game on Friday night.”

The match will kick-off at 19h00 on Friday, and will be televised on SuperSport.

The Vodacom Bulls team is as follows:

South Africa ‘A’ and the Vodacom Bulls will join the action of the Castle Lager Lions Series, as SA Rugby confirmed an epic double-header at Cape Town Stadium on Saturday, with the match between the DHL Stormers and the British & Irish Lions taking place later at the same venue in the Mother City.

SA ‘A’ will kick off at 13h00 against the Vodacom Bulls, while the match between the DHL Stormers and the British & Irish Lions will take place at the scheduled 18h00. Both encounters will be broadcast live on SuperSport.

The Vodacom Bulls, who missed out on playing against the tourists on Saturday (due to positive COVID tests in their camp), will now get an opportunity to be part of the Castle Lager Lions Series.

“We’ve been looking at options to get the Springboks an additional match to help with their preparations for the Tests, as well as an opportunity for the Vodacom Bulls to be part of the series, and we’re very grateful that this game will take place,” said Jurie Roux, CEO of SA Rugby.

“It’s obviously not what we had planned when the fixtures were first scheduled, but due to the pandemic, the situation is very fluid. Having said that, a double-header in Cape Town on Saturday is certainly something to look forward to and we’d like to thank everyone involved in making it a reality.”

SA Rugby Director of Rugby Rassie Erasmus was pleased to have an additional fixture following the cancellation of the Springboks’ second Test against Georgia last weekend.

“We want to be as well prepared as possible when we meet the British & Irish Lions in the Castle Lager Lions Series, and this additional match offers us an invaluable opportunity to work on our structures, while at the same time offering the players an opportunity to stake a claim for places in the Test team,” said Erasmus.

“We had hoped for three matches in the build-up to the Test series, and the match against the Vodacom Bulls means we will get exactly that before we line up against the tourists.

“The Castle Lager Lions Series is a massive occasion for players and rugby fans as it only comes around every 12 years, and we must be as well prepared as possible when we run onto the field.”

Both fixtures are subject to final PCR testing for the DHL Stormers squad on Saturday morning.

The British & Irish Lions will play back-to-back matches against the Cell C Sharks, it was announced on Thursday.

SA Rugby and the Lions have agreed to replace the Vodacom Bulls with the Cell C Sharks at Loftus Versfeld on Saturday (kick-off 18h00 SAT, 17h00 BST) after the former was ruled out because of COVID-19 infections.

The Lions beat the Cell C Sharks 54-7 at Emirates Airline Park in Johannesburg on Wednesday in the second match of the Castle Lager Lions Series. The tourists had opened their account at the same venue with a 56-14 victory over the Sigma Lions on Saturday.

“The choice of the Cell C Sharks was dictated by the fact that they have been in a bubble, have returned negative tests throughout, and were prepared to take on the fixture,” said Jurie Roux, CEO of SA Rugby.

“No other team in the country could meet those conditions right now – without going into a five-day lockdown. It is not an ideal situation, but COVID-19 has made sure that we do not live in an ideal world.”

The change has meant that the Cell C Sharks’ match against the Sigma Lions in the Carling Currie Cup on Saturday has been cancelled with a decision on the points allocation to be confirmed.

“We’re very grateful to the Sharks for agreeing to play us again this Saturday at Loftus Versfeld,” said Ben Calveley, Managing Director for The British & Irish Lions.

“We have further COVID-19 testing scheduled for today and tomorrow. The results of those tests will determine whether we will be able fulfil this fixture, but, as it stands, we are optimistic.

“We remain committed to the Tour in South Africa and determined to rise to the challenges created by the COVID-19 pandemic.”

The British & Irish Lions’ Castle Lager Lions Series match against the Vodacom Bulls on Saturday has been postponed with a view to rescheduling or to accommodate an alternative opponent, while the Springboks’ second Test against Georgia on Friday is also being reviewed.

Four Bulls players and one member of management returned positive tests which, in combination with their close contacts, made it impossible for them to field a team, according to Series safety protocols.

Series regulations make provision for additional midweek matches to be added on agreement between the organisations.

The latest medical data from the Springbok and Georgian teams will be assessed by the Medical Advisory Group (MAG) on Wednesday morning.

“These positive results are a setback and have underlined the danger of transmissibility of the delta variant,” said Jurie Roux, CEO of SA Rugby.

“The Springboks’ second Test against Georgia is now in serious doubt, but we will wait for the MAG to consider the data and we will make the final decision tomorrow.

“The priority is to maintain the integrity of the Test series and we will continue to focus on that.”

A further update will be issued on potential alternative opponents for the Lions and on the Springboks’ second Test against Georgia as soon as the positions are finalised. 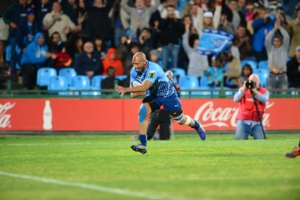 Springbok centre, Lionel Mapoe, will make a return to Loftus Versfeld in an exciting signing by the Vodacom Bulls, effective from July 1. The 32-year-old will add a wealth of experience to the side he turned out for in 2013. He has represented the Springboks in 14 Tests, while also having previously featured for the national Sevens, Under-20 and SA ‘A’ sides.

Mapoe’s professional career began at the Free State Cheetahs before moving to rivals across the Jukskei, where he represented the Xerox Golden Lions and amassed over 100 Vodacom Super Rugby caps for the Emirates Lions.

Following a stint in Japan where he featured for the Kubota Spears, the hard-running centre has been plying his trade in France, representing Stade Francais since 2019.

“We are pleased to have a player of Lionel’s calibre joining this exciting Bulls team. His record on the rugby field speaks for itself, and we have no doubt that his wealth of experience and expertise will be beneficial to the success of this team,” said Vodacom Bulls Director of Rugby, Jake White.