The Vodacom Bulls will take to the field sporting a team that is dominated by the next generation of stars when they host the EP Elephants in a preparation match at Loftus Versfeld on Sunday, 28 February 2021.

Director of Rugby, Jake White, named flank Nizaam Carr as captain and the experienced Springbok will lead not only the team but a forward pack that is bursting at the seams in terms of talent.

The only new face amongst the backs is recently signed wing Madosh Tambwe who is set to earn his first match in the blue of the Vodacom Bulls with the halfback pairing Embrose Papier and Chris Smith continuing in their partnership.

The sensational Stravino Jacobs is not ready to hand over his starting role and is expected to be a menace on the wing after an impressive run in the victorious Carling Currie Cup campaign.

The replacements emulate the starting team with Jan-Hendrik Wessels set to add fresh legs in the front row while Raynard Roets and Uzile Tele covering lock and flank respectively.

Keagan Johannes and Diego Appollis will ensure that the attacking flair is unrelenting on match day.

“Upping the players’ game time is central to our approach during our preparation series and our team for Sunday emulates that. These guys have toiled under the hot sun biding their time and their opportunity has now come. We know what they can produce and we are looking forward to how they seize their chances,” said White.

Kick-off is 15:00 and the match will be televised on SuperSport Grandstand and Rugby channels.

The Vodacom Bulls today confirmed that Springbok scrumhalf Ivan van Zyl will depart Loftus Versfeld to join the English club, Saracens, at the end of June.

Van Zyl joined the Vodacom Bulls in 2014, directly after finishing school across the road at Afrikaanse Hoër Seunskool.

The 25-year-old former Junior Springbok made his first-class debut during the 2015 Vodacom Cup campaign and followed this up with his debut in the Carling Currie Cup later that year and his Vodacom Super Rugby debut the following year.

Van Zyl established himself as a sturdy scrumhalf, unafraid of roughing it up with the forwards and providing a crisp pass that serviced his backline effectively.

In 2018, his hard work and relentless pursuit of perfection earned him a Springbok call-up where he made his debut against Wales in Washington DC and has subsequently amassed six caps in the green and gold.

“Ivan has led our backline alongside the veteran Morné Steyn, extremely well and his keen sense of the game has served our game plan perfectly. His direct approach, speed, and strength will be a massive boost for Saracens and we know that he will be an asset to them and wish him well,” said Vodacom Bulls Director of Rugby, Jake White.

Van Zyl expressed his gratitude to the #BullsFamily: “I’ve always wanted to play for this team, having grown up in Pretoria and watching the likes of Fourie du Preez and company. I must thank all involved at Loftus Versfeld for backing me and allowing me to chase my dreams. It’s not goodbye but rather until we see each other again and I wish all my fellow Vodacom Bulls players the best of luck.” 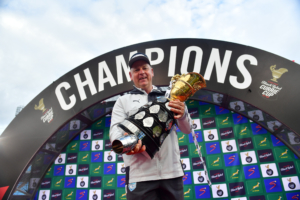 To start with, you would notice that I have addressed this letter to ‘#BullsFamily24’. We’ve been saying it for many years now, as a supporter of the Vodacom Bulls you are part of OUR FAMILY… a family 2,4 million strong.

You would have also noticed the number ‘24’ on all of our marketing, communication, and around the stadium over the last few months. The explanation of ‘24’ becomes a lot easier now, with our short-term goals being achieved. ‘24’ was a dream… a vision… a target… a goal. We used the number as an image and a symbol to work towards, one that inspired every single member of the team, management, and staff.

The significance of 24 means different things to different people, but the main ones are aligned:

On behalf of everybody at Loftus, I want to sincerely and humbly express our gratitude for your unwavering support. Thank you for investing your time and energy into us… thank you for showing patience and belief, and most importantly thank you for sharing in the ups and downs of this journey.

The 2020/21 season will go down in our history as the strangest season ever but will be noted as a successful one. That chapter is over, and we must now move forward onto the next one. We look forward to our new journey heading into Pro Rugby and sharing these moments with you. 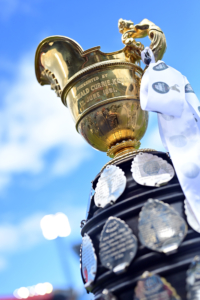 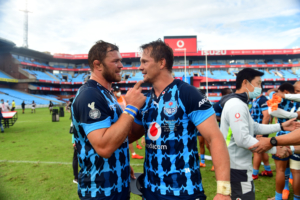 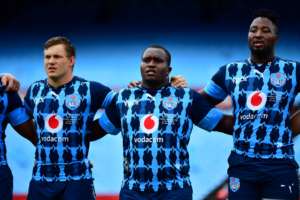